Lukashenko urges to ramp up agricultural export to $7bn 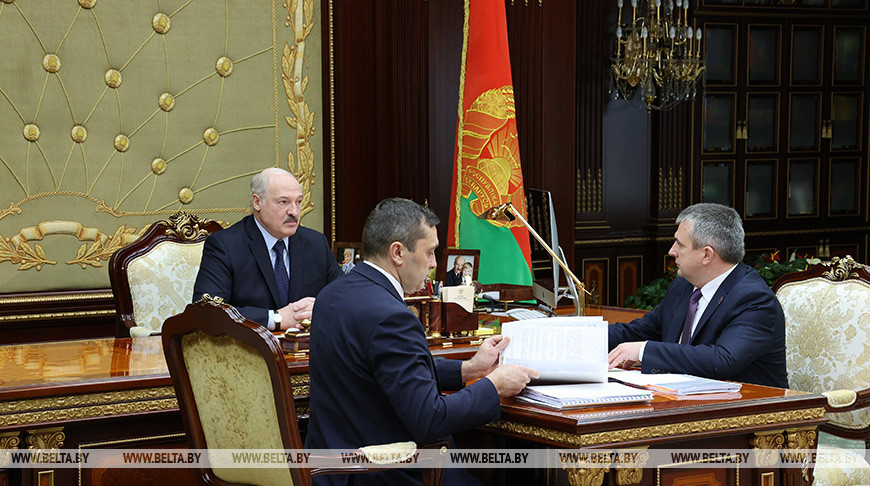 The main strategic goal for agribusiness is to reach $7 billion, Belarusian President Aleksandr Lukashenko said as he heard out a report of Vice Premier Aleksandr Subbotin and Agriculture and Food Minister Ivan Krupko on 23 November, BelTA informs.

The president remarked that this year the agricultural topic was discussed repeatedly, including in the period of the harvest campaign, and it is still necessary to sum up the results. However, while working on the current issues it is essential to think about the future strategy, the Belarusian leader said.

“I am more concerned about the future, the strategy. The present is clear, we see all the good things. As for the future… We have discussed tactical and strategic issues several times. There is only one strategy – we need to ramp up our agricultural export to $7 billion as soon as possible,” the head of state said.

“There is an aggravating food crisis in the world, and the demand for food will rise. Obviously, the prices for foodstuffs will increase. Therefore, our strategy is to continue to work hard. The local market is a priority,” Aleksandr Lukashenko stressed.

Aleksandr Lukashenko deems it necessary to meet the demand for foodstuffs and ensure affordable prices.

The participants of the meeting also discussed mid-term prospects, in particular, the organization of the repair of agricultural vehicles, especially energy intensive equipment. “We need to determine where our flagships such as MTZ, Gomselmash, Amkodor and others can help restore the equipment during winter and before spring,” the head of state said and added that it is also essential to be frugal.

Amelioration and soil fertility were also discussed at the meeting. “This issue is important for the state,” the Belarusian leader stressed.

The president also asked about the prospects of using the best practices of such modern technologically advanced farms as Ustye of the National Academy of Sciences in Orsha District. “We agreed that you will study the prospects of using these technologies,” the head of state said. He also asked about the results of work of integration structures in Vitebsk Oblast. “What are the results of our so-called experiment? Was it a success? We have been working in these conditions for two years. Did Vitebsk Oblast get what we expected?” he wondered. Aleksandr Lukashenko promised to visit some agricultural enterprises included in those integration associations in the near future and to assess their productivity.

“There are a few specific questions: flax, rapeseed, winter barley and other crops. Using them, we will be able to start harvesting as early as in June and to finish it earlier,” the head of state said.

The participants of the meeting also disused livestock management during the winter and the availability of fodder.