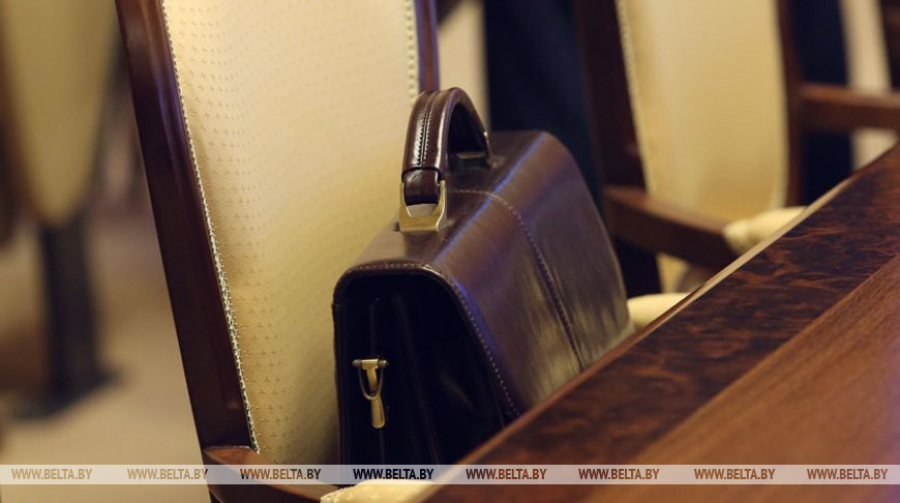 Executive discipline is crucial in the current difficult situation, Belarusian President Aleksandr Lukashenko as he hosted a meeting with senior officials of the Council of Ministers on 22 October, BelTA has learned.

“We are at war, figuratively speaking. Executive discipline is imperative in this difficult situation. Sole leadership is important now. When there is a war, there is no time for discussing different options for a week, because thousands of people might die during this time. It is better to act rather than keep dancing around the subject,” the president said.

“I have made balanced decisions that have been supported by people. You were not against them, either. Then, we should abide by them. If you fail to execute any of them, you will no longer be working with me. Please take no offense. It concerns everyone. Especially those in Minsk, where my main aide is Natalya Kochanova [Belarus President's Aide for Minsk, Chairwoman of the Council of the Republic], and also the Minister of Internal Affairs (Ivan Kubrakov who is also President's Aide for Minsk]. And still you wait for some instructions from the president to be able to deal with some issues,” the president said.

The president said that he had made all the necessary decisions regarding both COVID-19 and agriculture. “They must be executed. I am just warning everyone. Any repetition of the situations like those in Bobruisk or Minsk is unacceptable (when the city authorities were slow to cancel the poorly made decisions). And those decisions remained in place for some time,” the Belarusian leader said.

He explained why he often refers to Natalya Kochanova when it comes to such cases: “Because Minsk is a place that generates and spreads all fake news and stuff like that. I would not like to raise this topic with you, the person responsible for it, again. Neither with anybody else. Decisions will be swift and radical. This concerns not only you. It may also concern [Vice Premier, President's Aide for Gomel Yury] Nazarov. This time I mean Gomel. I just cite it as an example,” he said.

“I warn you once again: if we have agreed, if we have made a decision, it needs to be executed. This is the main thing today. This is a question of our survival,” the Belarusian leader said.