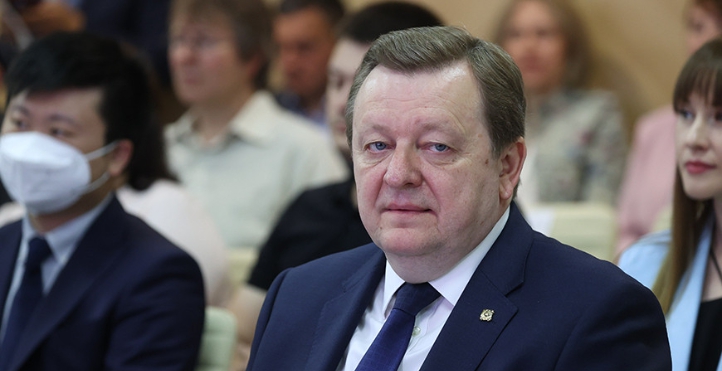 Relations with China advance regardless of the pressure of sanctions. Belarusian First Deputy Minister of Foreign Affairs Sergei Aleinik made the statement after a ceremony held in the China-Belarus industrial park Great Stone on 6 July to open Belarus' national pavilion on the Chinese online platforms Jingdong and Douyin, BelTA has learned.

In his words, Belarus-China relations advance regardless of the pressure of sanctions. “Cooperation advances across the board including politics, economy, humanitarian affairs, and other areas. Certainly, trade and economic interaction underpins it. Literally in January-May 2022 we increased trade with the People's Republic of China by 50% in comparison with last year and raised Belarus' export to the Chinese market to $0.5 billion,” he remarked.

A ceremony to open Belarus' national pavilion on the Chinese online platforms Jingdong and Douyin took place in the China-Belarus industrial park Great Stone on 6 July. The event was timed to the 30th anniversary since Belarus-China diplomatic relations were established. SZAO Industrial Park Development Company is the operator of the national pavilion. In addition to the trade functionality Chinese users will be able to discover places of interest, culture, traditions, and history of Belarus. Various videos will be published to highlight attractive peculiarities of Belarus for the Chinese audience.