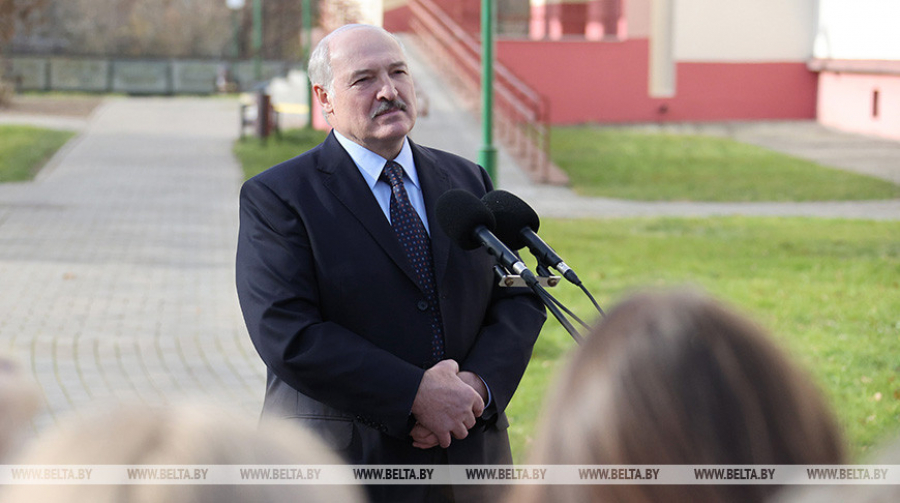 The state will continue providing assistance to citizens with building and buying housing. Belarus President Aleksandr Lukashenko made the statement as he talked to employees of the Lida District Central Hospital on 26 October, BelTA has learned.

Aleksandr Lukashenko said: “We will definitely increase the amount of housing.”

The head of state reminded of what he had previously talked about. A sufficient number of various social facilities have already been built in the country and it is necessary to use them effectively. Instead of building new facilities the relevant appropriations should be channeled into efforts to improve people's wellbeing among other things. “It is necessary to give salaries and the ability to have apartments built to the people,” he said. “Following Minsk's example. Local frauds built apartments for $1,500-2,000 per square meter while prices for elite housing were even higher. I summoned the director of the plant that makes houses – walls, panels and the rest – and gave him land in Minsk. And told him: plus 5% profitability, nobody is going to build at a loss after all. A state enterprise – for less than $500 [per square meter].”

Aleksandr Lukashenko added that citizens are free to contact private real estate developers and have apartments built at their prices. But state bodies take care of everything concerning welfare housing, which is built with assistance of the state. “It allowed us to keep down prices on the market reasonably well,” the president noted.

He reminded that large families and military personnel had been previously identified as priorities. But naturally there are also other categories of citizens, including those in need of better housing. Rented homes represent one of the tools to resolve the problem. This is why the head of state was asked whether the government may consider leaving people on the housing register after the people get rented housing.

Aleksandr Lukashenko pointed out that rented housing had been intended as a way to keep people doing certain jobs among other things. Changing the current approach is a matter of finance.

“Live on. Nobody wants to evict you after all. I am concerned that some people wonder what will happen if they want to find another job. Rented housing was a factor meant to slow down manpower turnover, I introduced it,” Aleksandr Lukashenko said.

At the same time close attention will be paid to large families. “If we don't protect, if we don't support large families, we will have no population tomorrow, there will be no country,” Aleksandr Lukashenko said.